The Great Squat Shoe Debate: Heels or No Heels? 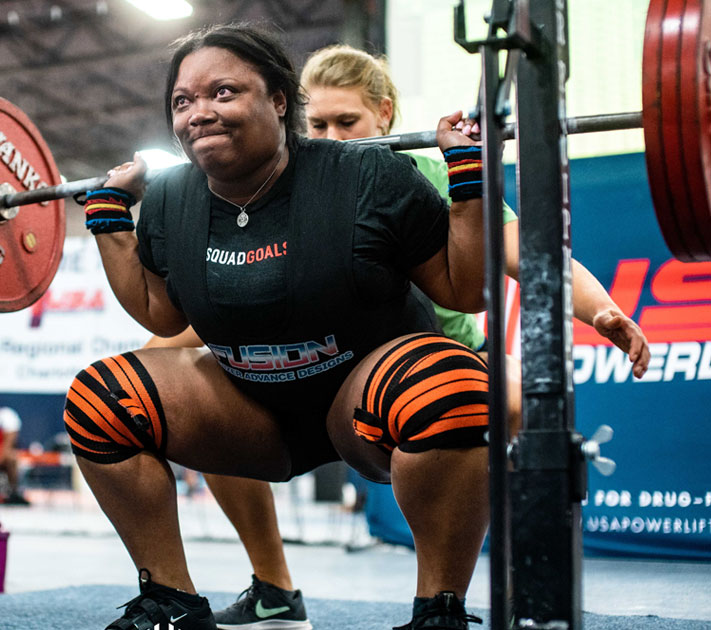 Let me first say that there is no “absolute truth” that holds true for every individual when it comes to what type of shoe to squat in. Every individual is built differently and has different leverages.

A lot of newer lifters lose their balance forward when squatting because they get too bent over and the weight “gets on their toes”. By correcting the pressure point of the foot to the floor, a more stable and efficient squat can be performed.

But sometimes a flat shoe is the way to go. Lifters that have a wider stance, strong back and strong hips might prefer a flatter shoe.

With a wider stance, more of the movement is done in the frontal plane vs the sagittal plane. This means that when a lifters knees are bending, their legs are more moving out laterally as opposed to in front of them as seen with a closer stance. Because of this, a lifter can push more with the entire foot without having to worry about keeping the majority of the weight on the heels.

One constant is that you always want to wear a shoe with a solid, firm sole. The more stable the base, the better.

Running shoes, which are meant to roll to the ball of your foot, are the last thing you want while squatting.

Try this: Stand in your squat stance and squat down. Hold that position for 10 seconds. Now put a 5lb plate under your heels and do it again. If you can hold the position easier with a weight under your heels, you might benefit from wearing a squat shoe with a heel.

And sometimes strong is just STRONG.

While the shoe you squat in can be important, there are still people like this:

If you’re not sure what you prefer, give both a try and let us know what works for you.